Calling for change with attractive pledges and often cautioning people on the risk of a single party taking strong roots, the Druk Nyamrup Tshogpa (DNT) had convinced Bhutanese voters.

Winning 30 of the 47 seats, the people of Bhutan have chosen DNT as new government of Bhutan on 18 October’s general election. DNT has promised to remove the gap between the rich and poor with their slogan  ‘Narrowing the Gap” setting health as their priority followed by several free services to uplift the lower section of people.

DNT swept all the constituencies in west, central and south while also stealing three from east – Thrimgshing_Kangpar, Radhi_Sakteng and Mongar. DNT has also won the Nubi- Tangsibji seat even after their candidate was penalized by the Election Commission of Bhutan, beating a prominent DPT candidate Needup Zangpo. In total DNT secured 1,66,000 votes from total registered voters. 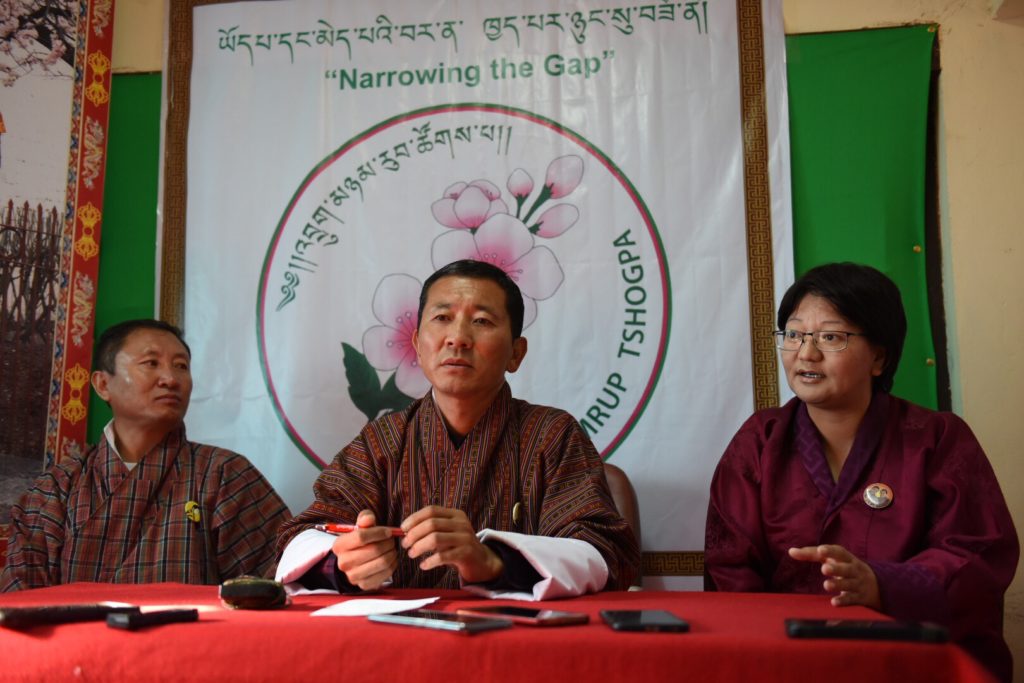 The supporters of the People’s Democratic Party and Bhutan Kuenyam Party could have made the difference with DNT winning in most of the constituencies that PDP won in the primary round. These are mostly in constituencies in west and south Bhutan.

Sharing their joy, DNT thank the people for voting them in. “That Druk Nyamrup Tshogpa gets to be your choice of representative brings us immense honour and motivation to serve you with utmost humility and live up to our shared hopes and aspirations for this blessed nation,” the party’s official page stated. “This shall be achieved through our many commitments that are targeted toward improving the lives and prospects of the people of Bhutan under the broad theme of Narrowing the Gap.’’

At a press conference on Friday, the president said that it was not DNT who won but its people of Bhutan who won the election who supported all the four political parties. He said that no one should think as loser and winner, but think all as one.

The president shared his concern that most of the people thought there is regional division in 2018 election, but the results were balanced except that the difference was made by a day’s luck where DNT also secured about 60,000 votes winning from four constituencies. He said that DNT is happy not because it won, but because there are many supporters from all 20 dzongkhags.

Meanwhile, with speculations rife over who will be the cabinet ministers, prime minister elect Lotay Tshering said that the party would first scrutinize the competence of the ministerial candidates before deciding. He said the party will ensure a “regionally a balanced Cabinet.”

Lotay Tshering said that there would be no issues on selecting the best as the party has strong candidates have won from the eastern dzongkhags. “You can see the combination of the winning 30 candidates, we’re a comfortable team by any standards both by number or capacity,” Lotay Tshering said.