New Chador Lhakhang on the verge of completion

Chador Lhakhang is one of the sacred monasteries in the eastern Bhutan. Ini­tially, it was Goemba Ring­bu but renamed as Chador Lhakhang after the replica of Chana Dorji, (Varjapani) was brought and kept in the temple. Later Dilgo Khyen­tse Rinpoche gave the mon­astery new name, Sangdag Gaypailing.

“The construction of new Lhakhang was start­ed in 2006 by late Lam Kunzang Wangdi of Bart­sham Dratshang. The old Lhakhang was small and gave lots of hindrances while carrying out religious activi­ties. So the new Lhakhang was constructed to improve the space congestion,” said Gup Kezang Dawa of Bart­sam.

Dorji Lopen of Bartsham Dratshang, Sonam Zangpo said that, the new Lhakhang is built with the financial support from Dzongsar Ja­myang Khyentse Rinpoche (Khyentse Foundation), Rigsar Construction Private Limited (RCPL), contractors and business community of Bartsham, and CGI sheets and timber from the Gov­ernment as Kidu. 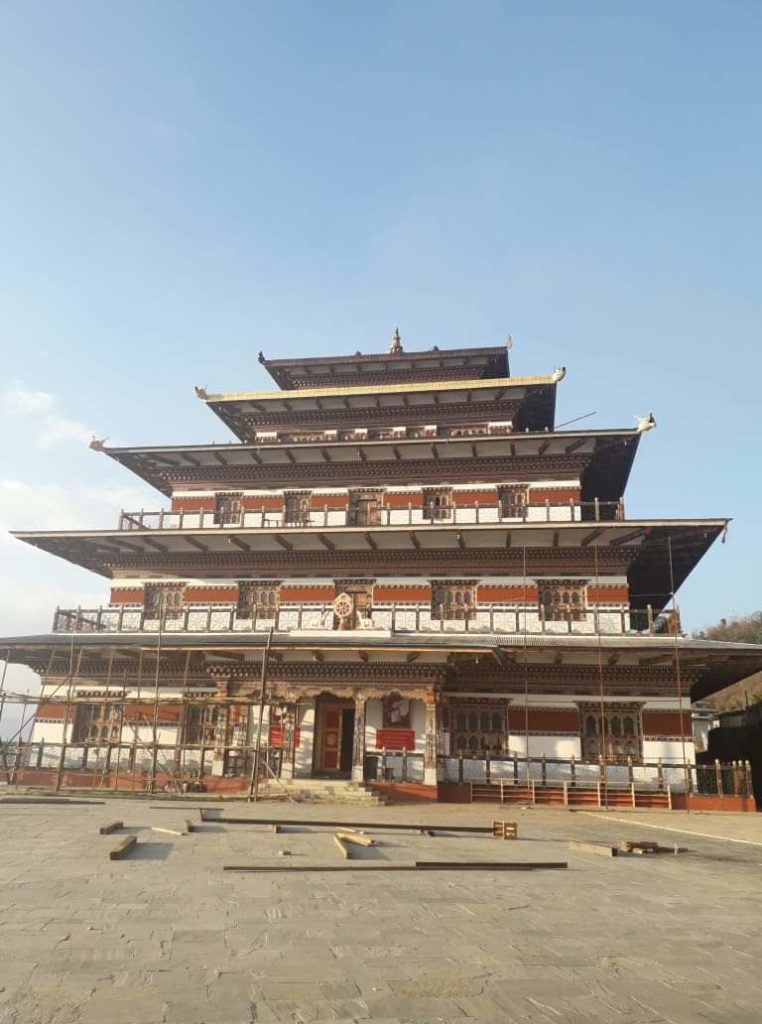 The Lhakhang is built in a traditional Bhutanese style with 90% concrete. “Initially planned for two storied, but later decided to five storied, so that it can accommodate more people. It was expected to complete within 3-4 years but due to the budget constraint, it took almost 13 years.” said Sonam Zangpo.

One of the workers, Chador Wangdi, said that almost 90% of the works are complete and consecration of new Lhakhang is expect­ed by the end of March next year. The villagers contrib­uted labor for the construc­tion.

The local people are hap­py as the new Lhakhang is about to get completed.

21 years old Tenzin Ch­oden from Bartsham said, “We, the people of Bart­sham are blessed with the new Lhakhang and the rep­lica of Chana Dorji. We are happy that our late Lam has put great effort to build this Lhakhang and pay my respect to him for his hard work which will benefit all sentient beings.”