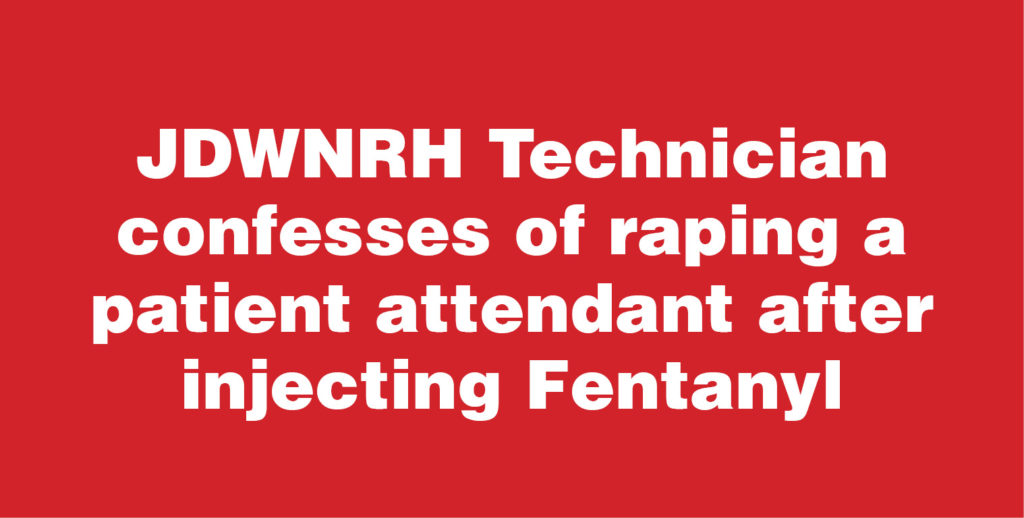 Thimphu police detained a 30 year old anesthesia technician of Jigme Dorji Wangchuck National Referral Hospital (JDWNRH) who was accused of raping a patient attendant on the night of April 5.
The suspect has confessed to having a sexual intercourse with the 28 year old patient attendant after injecting her with Fentanyl.
The case was reported on April 6, when a hospital staff informed police that a woman from Paro reported a case of suspected sexual abuse on her.
During the investigation, police found that on April 5 at around 11pm a nurse on duty at the surgical ward received a call from the operating theatre (OT) to send the patient attendant near the OT to draw blood.
According to the victim’s statement to the police, she met a male health staff in a blue scrub near the OT room and he took her to a room and told that her patient needs blood transfusion and she needs to do a blood test.
In her statement, he first checked her blood pressure and then drew blood and after that she remembered the suspect injecting a white fluid after which she lost her consciousness. When she finally woke, she found herself sitting on a waiting chair at the corridor and reported feeling drowsy, having blurred vision and vomited on the floor.
She called for help and when she saw a woman nearby. The woman and the female doctor helped her to the emergency ward.
Police official said that the suspect tested negative for controlled substance and had been detained for further investigation. The suspect has also previously stolen a television monitor from the hospital, however, the case was resolved internally and he returned the screen to the hospital.