When the wild comes to town 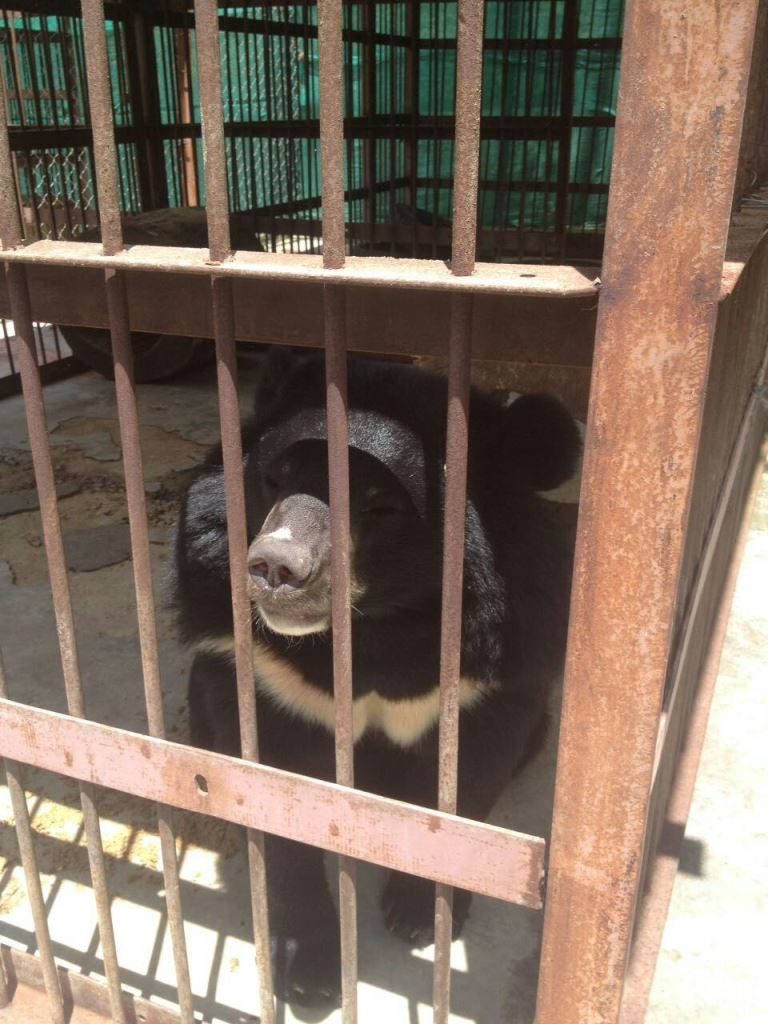 Naakar plays gleefully on the hanging tire and the hollow trunk at the Wildlife Rescue and Animal Health Section (WRAHS) enclosure at Taba. The three-year- old male Himalayan black bear feels at home.
Naakar was rescued from Sama, Haa in 2015 and after the rehabilitation, he released back to the natural habitat. He was soon back at the enclosure after encroaching human settlement. Used to being fed by humans at the rehabilitation and not being able to support himself when released in the wild, Naakar has made the enclosure at Taba his permanent home.
Haa Zam, another female Himalayan black year was rescued by the authorities in the same year after she escaped the snare losing her left paw kept by the poachers. She is now a healthy, quite but aggressive bear. The enclosure at Taba will be her permanent home.
With increasing incidences of human-wildlife conflict, the need and rehabilitation of wild animals is on the rise, according to officials. Wild animal rescue and rehabilitation operation mainly arises due to poaching traps, injury to wild animals, orphaned animals, attacked by stray dogs and other factors.
Displacement of wild animals due to attack by stray dogs accounts one of the highest in the country. Barking deer and Sāmbhar deer accounts for the highest and the most frequently rescued wild life in the country. More than 90 percent of the cases occur due to attack by stray dogs. As a result, they get chased towards human settlements. Thimphu City alone reported a total of 122 cases of these two species in the last six years.
Strays dogs are also found to be attacking other animals. Recently a stray dog attacked a tiger cub at Motithang. The rescue team who went immediately to the scene was not able to save the cub.
According to Deputy Chief Forest Officer of wildlife rescue and animal health section under Nature Conservation Division, Kuenzang Gyeltshen, Human and beer conflict has also become quite frequent in the country. Livestock depredation by the Himalayan black bear accounts for the highest after tiger. Besides livestock depredation, they cause damage to property and attack human during sudden encounter. A total of 63 Himalayan black bear have been rescued in the last six years.
The Deputy Chief Forest Officer said that when the population increases, human encroach the forest for food and other livelihoods. “Wild animals are left with no choice but to encroach the human settlements in search of food resulting in human wildlife conflict.”
These circumstances cannot be avoided. But WRAHS is always on the move 24×7, whenever there is report on human-animal conflict or injured wild animals. Whenever there is a wild animal straying case, the staffs from the concerned forest office monitor the situation and after studying the behavior of the animal, they try to chase it back to the wild if there are no injuries. Incase if the wild animal is injured, trapped and poses threat to human life, the wildlife rescue team is alerted.
The rescue team examines the animal, carries out the treatment and if injured, they are releases back to the wild. If the rescue team finds the animal unfit for release, then the animal is taken to the wildlife clinic at Taba for further treatment and rehabilitation.
He added that animals at the rehabilitation are treated fully and then released to the natural habitat. Currently at the enclosure, mainly birds, deer and bears are treated as there is no room for expansion.
However, about 100 acres of land at Chamgang have already been allocated. The rehabilitation enclosure at Chamgang will have facilities like water pool, trees and vast surrounding areas for the animals. “We are not successful in availing the fund. As soon as we get the fund, we will start building the big rehabilitation enclosure at Chamgang,” said the Deputy Chief Forest Officer.
Currently there are two animal habitation centers. One at Thimphu and other at Gelephu.
In the meantime, Naakar and Haa Zam will continue to spend their days at Taba until their new home comes at Chamgang.