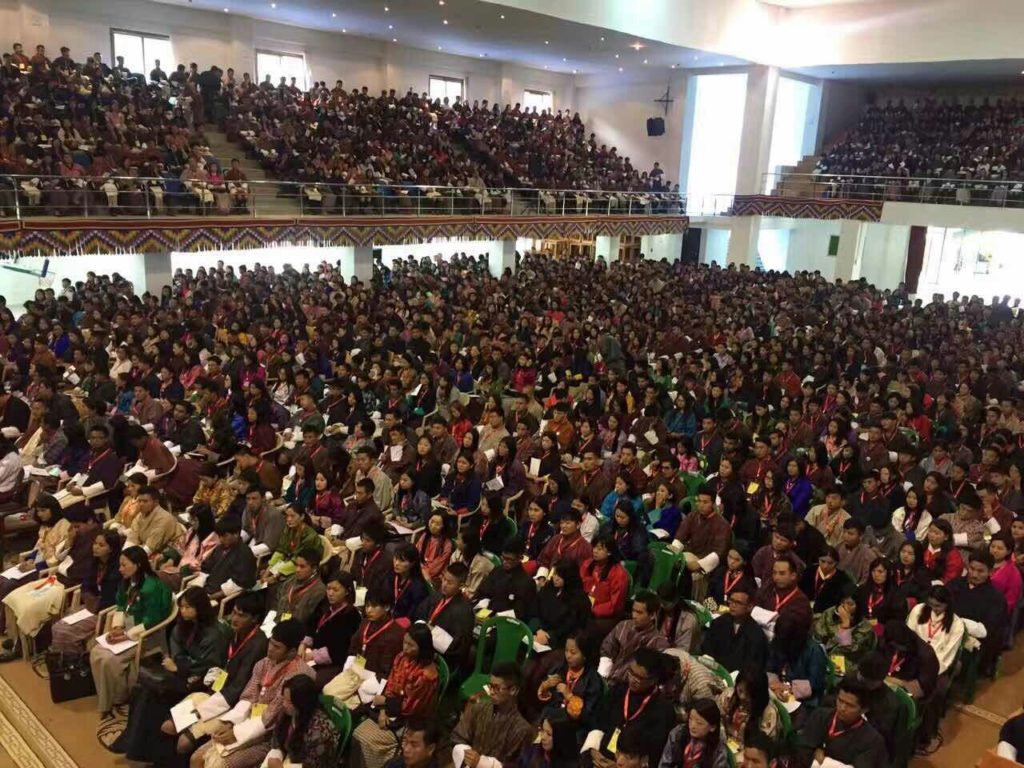 A total of 2,263 graduates are attending the 16th National Graduates Orientation Programme (NGOP), which began yesterday at the Royal Institute of Management, Semtokha
There are 2,843 but 580 have not registered or are not eligible for the programme.
This year recorded the second highest registered female graduates since 2008. Out of total registered graduates, 1,168 are female and 1,095.
Female dominated the general category with 949 graduates compared with 738 male. 576 graduates are in the technical category.
Programme wise, B.Com (Finance) has the highest registration 184. Out of this, 114 are female. In B.A in Language and Literature (BLL) out of the 162 registered, 106 are female.
A total of 28 graduates are disqualified due to incomplete documents and 34 are in-service, three were without citizenship card, 11 withdrew from the orientation programme and 504 were absent.
A total of 1,423 were registered within the country out of which 762 are female and 661 are male followed by graduates from India with 748 and third from Thailand with 39 graduates.
Graduates also studied in 11 foreign countries like Australia, Bangladesh, Bhutan, China, Cuba, India, Malaysia, United Arab Emirates, Sri Lanka, Thailand and United States) the students have graduates from.
So far 19,660 were registered since 2008 out of which 11,009 are male and 8,651 are female.
The program has three main components that are Policy Orientation, Cultural Orientation and Personal Development. During the week-long program, graduates will be briefed on different aspects of government policies and socio-economic issues by various government and Non-Government Agencies.
The main objectives of the NGOP is to provide formal platform to receive graduates on behalf of the government, orient graduates on the policies, programs and issues of national importance, according to a press release.
The objectives also include orienting graduates on culture, traditions and etiquettes of the country and promote patriotism and nationalism. The program will also provide a forum for graduates to interact and share ideas with national leaders and provide information on jobs and employment opportunities also facilitate promotion of positive outlook and attitude among graduates.
A total of 3,844 graduates have registered for the August 6 preliminary examination to compete for the 494 vacancies that the Royal Civil Service Commission (RCSC) has announced.
Director general of the labour ministry briefed the graduates on the first day of the NGOP on rules and regulations and Election Commission of Bhutan held a session. In the afternoon session, graduates elected councilors and orientation programme will end on August 19.
Graduates attending the orientation program will be given Nu. 200 per day for 8 days as meal and refreshment allowance.