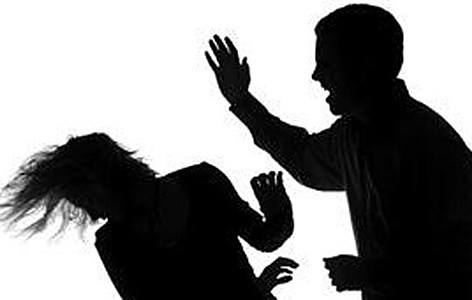 We think danger lurks outside but we find the real evil inside the safe walls of our home. Women are trapped in a room and not let out, raised fist as if he is going to hit you, grabbed, humiliated and threatened many times so much so that they fear of the sense of some unpredictable force that might, at any moment, break loose, and do something terrible.
Domestic violence today is one horrifying statistic and despite the fact that every one knows and hears about it, it is overlooked and ignored by many because of social stigma.
The fear of social stigma may be the biggest factor contributing to persistent domestic violence against women.
When someone is considered as victim of domestic violence and sexual harassment, they are negatively labeled, discriminated, excluded and judged. To protect family status, many prefer to keep it buried inside them because society has this conception that it will bring dishonor to family, so better keep it hidden.
“As a responsible citizen, one has all the right to intervene in others domestic affair, if it is about violence as it endangers women’s right to life, liberty and child safety. It is our fundamental duty to report the crime. Failure to report a crime is a crime,” said an official from National Commission for Women and Children (NCWC).
Yet, like an iceberg with a major chunk still submerged underwater, many are not ready to reveal their story which is why domestic violence is under reported in Bhutan.
Meanwhile, Bhutanese women have high acceptance of tolerating violence and they think it is a part of married life. Apart from the immediate physical trauma, the most damaging aspect of violence is the harrowing emotional trauma that can result in varying degree of physical and mental illness.
According to the constitution of the Kingdom of Bhutan 2008, “No citizen shall be discriminated against on the ground of sex, race, language, religion, politics or other status.”
“Most cases that come to us are physical abuse, psychological abuse, women who cannot produce marriage certificate and whose male partners refuse to accept the child,” said Dr Meenakshi Rai of Respect, Educate, Nurture and Empower Women (RENEW).
“It is important for parents, teachers, adults and media to play their part in curbing these issues as children, as old as 13 and 14 years are getting pregnant and being sexually harassed by the male members of their family. Most of these cases are covered up by their family because of social stigma,” she added.
Recently, a 14 year old girl was raped and impregnate by 47 year old man in Thimphu. The victim is a relative of the suspect’s wife. In another incident, a wife was burned alive by her husband near the Coronation Park in broad day light. These shows how unsafe our society has become for women and where we as a society are moving towards. That horrific act not only took someone’s life but also put his child in lifelong trauma.
“If there had been report or any sort of complain from the family or any other related people in the initial stages of the abuse, than there was chances that the agencies for women, NGO or police could have help the women or council her husband,” said the official from NCWC.
According to studies, children exposed to domestic violence are likely to show certain behavioral changes, such as aggressiveness, nightmares, low performance in studies and low self esteem.
Bhutanese women are also not aware that marital rape is a crime. But according to the penal code of Bhutan, it is a criminal offence as it humiliates, degrades and violates the dignity of the victim. And most importantly women’s consent should be there in all her sexual activity.
“Though this is a crime, those women who fall victim to this abuse does not report to concerned authorities. Most women don’t even know if it is at all a crime,” said Dr Meenakshi Rai
“Marginalized rural women with lower level of formal education are at higher risk of experiencing violence because they have limited access to information on gender sensitivity, equality, and reproductive rights. Most rural women are unaware of services we provide to support them. Conversely, most educated women in urban areas prefer to solve their domestic matter within the family.” she added
“Likewise, men also fall victim to psychological and emotional violence but again because of social stigma, they don’t come forward. And this is one reason why there is high rise in male suicide rate. There is also misconception that RENEW and other agencies are only for women but we are here for men and to encourage coexisting together. “
To fight domestic violence and injustice against women we must start from the home for if a women cannot be safe in her own house then they cannot be expected to feel safe anywhere.