Don’t get alarmed by WHO report: BNCA 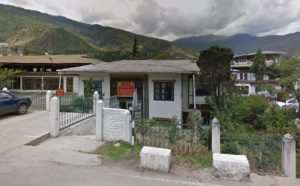 Bhutanese should not be alarmed with the findings of the World Health Organisation (WHO) report, which found that Bhutan has the highest number of adolescent tobacco users in the South-East Asia, according to Bhutan Narcotics Control Authority (BNCA) officials.
Officials said that the report is based on incidents of one time use and not that of regular use.
WHO has surveyed over 5,800 students aged between 12-17 and found out that some 1,700 students are smokers. However, BNCA’s national survey carried out last year came up with different results.
According to their survey, BNCA found that only 6.6 percent of students from class 7-12 have abused tobacco quite frequently. Considering the objective and the methodology used for the survey in question, readers are advised to view the report in its contextual settings, said officials.
Chief Programme Officer of BNCA, Nima Damdul said that the figures depicting high use of tobacco and marijuana in the country are incidents of “ever used or one time (experimental) use” of the substances by the school respondents and these neither indicate their regular use nor a trend reflective of the general population.
This disclaimer is corroborated by the findings of the recent school survey (class 7-12) conducted by BNCA with technical support of UNODC wherein, problematic uses of tobacco and marijuana in the schools are estimated at 6.6% and 2% respectively.
“Over 7,500 students were surveyed, only 6.6 percent of students abused tobacco frequently,” Nima Damdul said.
WHO report also states that the actual prevalence maybe higher, as the current estimate is based only on the school-going adolescents and haven’t considered the non-school-going adolescents.
Today, Bhutan has 730,000 youth under the age bracket of 13-17. The WHO report also reasoned that mental health conditions such as depression, anxiety and illness may have led to behavioral problem of inculcating the habits of smoking and abusing drugs.
Meanwhile, BNCA fined 19 people in Thimphu for smoking in public areas over the past three days.
According to Tobacco Control Act of Bhutan, 2014, if one lights up in public spaces or gatherings, he or she is liable to pay a fine of Nu 500 per incident. If caught smoking without paying the tobacco import tax, the person will be fined Nu 10,000.
“Ad-hoc checking has helped in reducing the number of smokers in public places,” said BNCA officials.