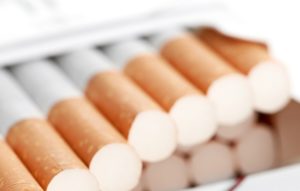 Despite the ban of tobacco sales in the country, Bhutan has the highest number of adolescent tobacco users in South-East Asia. This was highlighted in a World Health Organization regional report on mental health status of adolescents.
Bhutan has 24.6 percent smokers and 29.3 percent of adolescents using other tobacco products in the region.
According to the regional report, of the 5,809 students in the age group of 13-17 years evaluated, almost 1,700 of them used tobacco products. Tobacco use remains high among 13 to 17 year-old this constitutes 9.4 percent of the total population.
The report reasons that mental health conditions such as depression, anxiety or other conditions may have lead to behavioural problem such as tobacco, alcohol and drug use.
The actual prevalence maybe higher as the current estimate is based only on school-going adolescents. It states the non-school-going adolescents may smoke or drink alcohol more often, the report states.
With high substance use among the age group despite underage laws and complete ban in most of the countries, the report calls for efficient implementation of strategies to reduce its consumption such as price and taxation and controls on availability among others.
According to the report, almost all countries in the region with a few exceptions legally restrict supply including sale of tobacco and alcohol to people under a certain age ranging from 18 to 21 years and completely ban the supply and sale of drugs, but the results show their use remains high among 13-17 year olds.
Meanwhile, Bhutanese youth also tops in terms of alcohol use in the region. Male students were more likely to indulge in substance use than female students. The findings are based on the latest round of the global school based student health surveys conducted by the World Health Organisation (WHO).
About 24.2 percent of the adolescents in Bhutan currently use alcohol. About 10 percent got into trouble with family or friends, missed school, or got into fights as a result of drinking alcohol.
The report states that adolescents constitute an important social and demographic group in the WHO South-East Asia Region, accounting for almost one fifth of the total population of the Region.