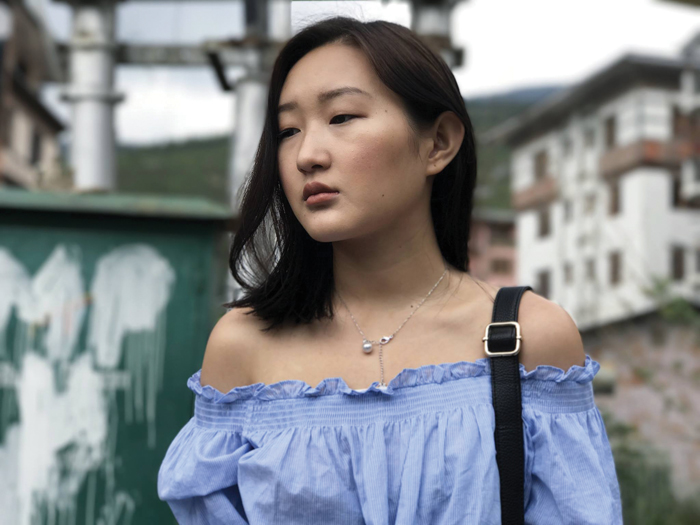 Chimi Nangsel Dorji a 20-year-old from Bumdeyling, Trashiyangtse, who is currently pursuing her studies in Sharda University in India, is a well-known singer. She started music since her childhood days but began pursuing professionally right after being recruited by M-Studio during Bhutan International Festival in 2015. Chimi composed two songs and she is most popular for her cover videos on M-studio’s YouTube as well as her own Instagram and soundcloud. She was the co-chief organizer for biggest dance battle (Gokab) in Bhutan and done several commercial jingles – some of which she composed – and odd gigs and also performed in National Day celebration 2016 held in Royal Bhutan Embassy in New Delhi. Chimi sings all genres including B-pop.